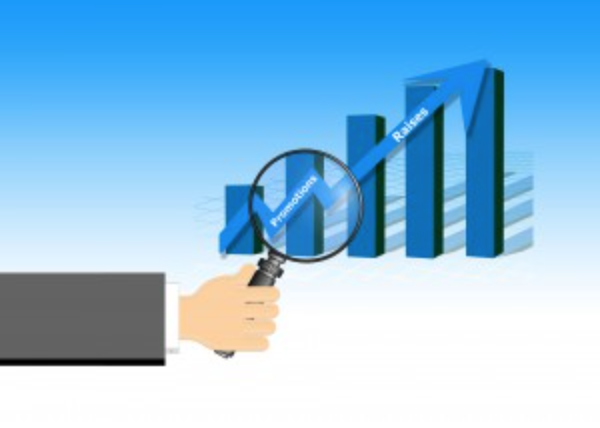 Did you know that 57% of employees who say that they are looking for a new job are doing so because they think they could earn more money at another company?

Salary.com conducted a random survey and reported that more than half of those surveyed said that were looking for a new job because they believed that they were underpaid.

Now imagine getting a phone call from a frustrated employee who starts complaining that he deserves a promotion or a raise!

You start to feel frustrated yourself as you listen to your employee’s vague reasons for deserving the promotion or raise. You further realize that the employee wants you to go to battle for him, but you have no real idea of why you should go to battle for this person. Sound familiar?

The problem is not that the employee does not deserve the promotion or raise, or that you do not want to help the employee out.

Once employees learn to prepare and negotiate for themselves their self esteem and commitment to the company will increase.

There are several things you can do to help employees who are seeking promotions and raises prepare to negotiate, and none of these steps require anything from you.

These five steps are designed to help the employee prepare to negotiate a promotion or raise. They are simple to implement and allow the employee the freedom to choose his or her own path.

1) Ask the employee to set a goal.

This sounds simple enough, but how many people actually sit down to set a goal for themselves before they enter into a negotiation? There are three elements to setting a negotiation goal. First, the goal must be realistic. In other words, the goal has to be attainable and tied to an employee’s experience, education and talent. Second, the goal must be objectively justifiable. That means the goal meets with the reality of department demands, company structure, and the company’s financial strength. Finally, the goal must be related to what the employee really wants. It is all too easy for an employee to eye a choice spot in the company, just to later realize that that position will lead in a different direction than is intended.

2) Have the employee conduct research

There are two kinds of research that the employee needs to do. First, the employee should look internally at the department and company. What does the employee do now? What duties does the promotion require? What experience, talent or education is missing to fulfill the new job duties? What has the employee done above and beyond job duties to have earned a raise?

Second, the employee should look outside of the company for statistics on salary and job duties. While many employees think that they are underpaid, it is not so. The article cited above showed that only 19% of those who thought they were underpaid were in fact underpaid.

3) Ask the employee to document their achievements

Employees do much more than the standard performance review can ever cover. Ask the employee to document those times that he stayed late to help a colleague finish a project, or those times he volunteered to take something off of a colleague’s plate. Have employees also look at activities outside of the work place. Employees often volunteer according to their strengths. Then ask the employee to make the connection between their achievements and the promotion or raise. This last question can do one of two things. It can either empower the employee to look for the greater contribution he makes at work and in the world, or it can separate the proverbial wheat from the chaff.

4) Counsel the employee to make a reasonable proposal

5) Prepare the employee to receive counter-offers

This last step is essential for success. Not only should the employee have an idea of what he should ask for, the employee should also have an idea of other options that the company may have in mind. Rather than a salary increase, for example, the company may offer a bonus for reaching a certain milestone. Or the company could re-organize a few positions and give new duties to several people rather than promoting one person. If the employee focuses too much energy on only one option, he may disregard an even better option simply because he failed to consider it before the starting negotiations.

By helping employees prepare to negotiate, you are training them to take responsibility for their growth within the company.

No longer will you have to tease out accomplishments, or argue endlessly with either the employee or the supervisor about why someone should or should not get a raise. It is the employee’s responsibility to look after their own career track and to come prepared to negotiate for promotions and raises.

It is interesting that while 57% of employees think that they are underpaid, only 19% are actually underpaid.

The majority of those who are correctly compensated will benefit from learning that they are right on target using this five step process. Of course, another benefit to working this process with employees is that they educate themselves about the company and how the company relates to the larger competitive market.

The next time you get a phone call beseeching you to help someone get the promotion or raise they deserve, give them this article and set up an appointment to review what they learned. It will educate and empower you both to negotiate promotions and raises.