Buyers Do Not Really Want Innovation: They Want Significant Improvements. 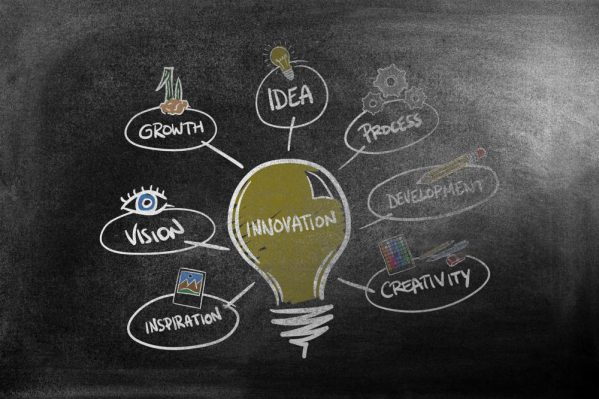 Asking your suppliers for innovation—or transformation—is a tall order and few suppliers accept the challenge. I think I know why.

Innovation transforms something, whether a process or a machine. It is more than an incremental improvement—saving “fingers and toes” worth of time, effort or money. Innovation is, I believe, disruptive, as opposed to continuous improvements which can be far less disruptive to day-to-day operations. For example, innovations such as the steam engine or the personal computer have radically altered the business landscape; these were not small improvements of something that already existed.

Even with the requests for innovation, many customers and their suppliers make only half-hearted attempts at “innovation”. There are “innovation clauses” in contracts, and “innovation” segments of sales pitches and QBR reports, and poorly conceived “innovation” proposals from suppliers. None of these measures actually gets the customer what it wants—significant improvements. And, it doesn’t give the suppliers what they want—a return on their investment.

There are three assumptions embedded within a buying company’s request for innovation that are almost universally false. An assumption is taking something for granted and running with it as if it were true, as opposed to a hunch which people normally verify first. When suppliers and their customers treat the following assumptions as if they were true, their combined efforts to innovate are often undermined.

Assumption Number One: The customer has a compelling business need.

Wanting innovation for innovation’s sake is not a good enough reason to undertake the process of developing and deploying a potentially disruptive project. There has to be a compelling business need for the innovation. And, that business need must be clearly articulated and understood by a large segment of stakeholders at both companies. Transformation requires an investment in time, energy and money, sometimes from both companies, so including financial and legal stakeholders as well as the operational stakeholders is critical to success. This leads to false assumption number two.

Assumption Number Two: The customer is providing the supplier sufficient legal and financial incentives to innovate.

Many agreements fail to give suppliers the necessary legal and financial incentives to innovate. For example, a termination for convenience clause that bars the supplier from recouping their monetary investment will likely prevent the supplier from investing significant sums of money in an innovative project for a buying company. Another example is the ownership of intellectual property (IP) rights. IP ownership will determine which company gets to exploit the IP and potentially reap benefits far beyond the relationship between one client and one supplier. Finally, many companies have been down this road before with their suppliers and have seen projected savings evaporate over time. That leads to false assumption number three.

Assumption Number Three: Both companies clearly understand the scope and breadth of the change management initiative needed to make the project a success.

Accepting the premise that true innovation is disruptive, both companies usually underestimate the impact of change management initiatives needed to make the project a success. Change management means changing an employee’s hearts, minds and behaviors. This type of change management goes far beyond traditional “information about change” efforts. It is really a behavior modification program.

Laboring under this false assumption leads to blame and finger pointing when things do go right, missed deadlines, derailed objectives, and cost overruns. For these reasons, and many other issues particular to the type of innovative project, projected cost savings are easily eroded to the point that customers are justifiably reluctant to share “savings” with suppliers.

Despite the prevalence of these assumptions in many conversations about innovation, there are a couple of compelling case studies in which the customer and the supplier successfully transformed a process. They in fact innovated. The clearest example is The Rocky Flats Closure Project, which is profiled in Getting to We: Negotiating Agreements for Highly Collaborative Relationships.

To begin with, the Department of Energy (DOE) had a very compelling business reason for demanding innovation from its supplier. Rocky Flats nuclear production site was one of the most dangerous and toxic waste repositories in the U.S. Under pressure from Congress and the President to close the site, the DOE was facing an untenuous situation: Spending billions of tax dollars and taking decades of time to make the site safe again.  The DOE had very compelling business reasons to encourage innovation.

Finally, neither Kaiser-Hill nor the DOE understood exactly what it would take to return the site to a pristine state on time and on budget. To make the project a success, Kaiser-Hill needed the union employees to actively participate. The unions—who were considered one of the many impediments to early, cost-effective and efficient closure—adopted the innovative practices put forth by Kaiser-Hill. Kaiser-Hill created a safe place to work, enabled employees to innovate, and shared its bonus money with many long time DOE workers. Kaiser-Hill changed employees’ hearts, minds and behaviors to help make the project a success.

The end result was the site was restored to pristine wilderness in ten years and 27 billion dollars under budget: a staggering success on all accounts.

While the US DOE was looking for true innovation, I believe that buying companies really want significant improvements to existing processes. Not just small, incremental changes, but meaningful changes that will give the customer an edge in the market. Customers want what suppliers say they can offer—a better process or product at fair price that will improve the customer’s operations or product offering.

Giving Companies What They Really Want: The Missing Link

Jointly developing the business case is a collaborative process which looks at a lot of factors, as well as the three assumptions noted above, and presents a coherent and mutually acceptable business case. A well-thought-out business case includes the compelling business reason, the potential cost and time impacts to the customer and its end users, the time and money investments from the supplier, the outline for IP ownership, a financial analysis of the potential return on investment, and most critically, the change management mechanism to ensure employees are prepared for the changes. This business case is then presented to and vetted by the management team, the legal team and finance. Now, both companies are on the same page working to a common goal with a shared understanding of the effort needed to make the initiative a success.