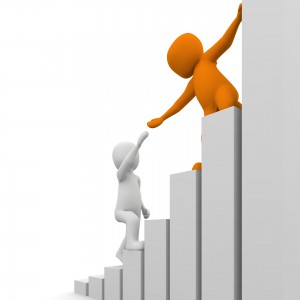 You open your email account to learn that there is another message from Mr. Big Firm Lawyer representing Super Big Co.  You dread opening the email, and in fact open all other emails, even the one from your Mom with pictures of her cat, before you open the one from Mr. Big Firm Lawyer. Once you open it, your heart sinks. The lawyer excoriates your client’s offer to settle the case pre-litigation, threatens sanctions if you bring a frivolous suit, and gives your client 3 hours to drop the matter before they file suit against her! Great. You are not sure what to tell your client. She has a good case; it is not a frivolous case at all. In fact, she is scared of Super Big Co and just wants things to get better for the next guy. Whether you like it or not, Super Big Co and their lawyers are using hardball tactics to intimidate you and your client. It happens every day in law offices and businesses all across America.

The issue is not the use of power. After all, we all have some power, and some of us use it more effectively than others. The real issue is the abuse of power and what you can do to level the playing field in favor of your client.

It may sound like a daunting task to push back a little, and it can be dangerous if done improperly. The bottom line is that no one can go toe-to-toe with much larger and more powerful entities. This is true for your clients, and it is true for the really big companies.

Microsoft was sued by the EU for anti-trust infringements. The EU threatened to prevent Microsoft from selling its operating system in Europe and levied huge fines for continued violations. Microsoft went toe-to-toe with the EU and did not exactly come out the “winner.” Boeing, on the other hand, faced a different challenge. Boeing’s engineering team stopped work for a short time on the new Dreamliner when the State Department claimed that technology engineers wanted to use was classified top secret by the State Department, and therefore, not open for use in planes sold to other nations. The State Department threatened Boeing’s ability to sell planes to China, for example. Boeing chose not to go toe-to-toe and got the issue of technology resolved after a lot of negotiations with the State Department.

As these two case studies point out, there is usually a more rational and expeditious way of working with super powerful entities: It is called negotiation. But how does one negotiate with someone who likes to throw his weight around? There are a few tips and tricks that will greatly help you and your clients negotiate with entities that are perceived as more powerful than you are. But first, let’s expose three common myths.

Myth 1: I am invincible!

There are some entities that believe that they are beyond the reach of everyone else, and are therefore, invincible. They are not. Every entity has some counter-force to check its power, whether they realize it or not. In fact, abusing power by acting as if you are beyond the reach of everyone else actually causes some entities to become less powerful. That is right, less powerful. In an article for Negotiation, a newsletter from the Project on Negotiation at Harvard, author Ann E. Tenbrunsel writes that seeming powerhouses are not invincible.[i] “The suit of armor that accompanies power can be a heavy burden, one that can turn a ‘guaranteed’ victory into an unexpected failure.”[ii] Invincibility clouds judgment and poor judgment leads to the second myth.

Myth 2: The little guy is weak!

Powerhouses rarely see the world as it is. The see a skewed world in which they hold all the cards and think that the other guy has none. Seemingly powerful parties often vastly underestimate the strength of their counter part, which can actually lead to a loss in power for the “powerful” party. A story will illustrate the falsehood in this myth. A Puget Sound business owner learned a powerful lesson regarding shifts in power.[iii]

The business owner manufactures widgets for the aerospace industry. She felt so squeezed by her customers that she feared their pricing and terms would put her out of business, so she walked away from a deal, laying off dozens of employees. She watched as competitors scooped up business that had been hers. An up tick in the economy suddenly proved beneficial to her. All of her competitors were at capacity and barely making a profit, while she had a lot of capacity to fulfill orders. The big corporation came back to the table, and if it wanted the widgets for its planes, it had no choice but to play ball on her terms. The aerospace giant failed to understand the nature of her ability to wait out the market and seize upon an opportunity at the right time. That corporation made an erroneous assumption. Some weaker parties also make erroneous assumptions, leading to myth number three.

It is dangerous to assume that because you are negotiating with someone who seems to have more power that they are smarter than you, or can evaluate the situation more deftly than you. In fact, the opposite is true: Powerful entities often have less useful information, do less analysis, collect less data and use simplistic analysis.[iv] The reality is that underdogs often employ more creative means, use more data and use more deliberate and complex analysis to size up a situation. Underdogs have no choice but to use information to their advantage. After all there is that old adage information equals power. Less powerful parties do the homework that powerful parties do not. It does not matter whether it is because they have clouded judgment or they are too big to see the whole picture, information is power and less powerful parties have more information.

Now that these myths have been exposed, you are ready to employ a few tactics that will further level the playing field in your favor.

Negotiating with more powerful organizations is not as difficult as it may seem. You are probably operating under some misconceptions, which once exposed for what they are, myths, will allow you to see the big picture more clearly. Do not assume that because the other guy looks more powerful than you that he is in fact more powerful than you. More importantly, do not succumb to power plays and bullying tactics, but do not try to compete head on either.

The five tricks laid out above are guaranteed to help you negotiate on a more level playing field, without forcing you into a power play. Rather, they subtly enhance the power that you do have, and combine the proverbial gun with kind words.

The next time you receive some awful, obnoxious email from someone inappropriately throwing his weight around, simply follow these five tricks: assess the situation, combine different leverage points, speak to shared values, use data creatively and effectively, and make deliberate counter proposals. You will be amazed at not only how much power you gain in the relationship, but also how the field becomes more level. Who knows, you might even get the deal you want, not the one they want to foist upon you!

[iii] This story was told to me for a survey that J. Nyden & Co. conducted in 2005. For a full survey report, visit www.jnyden.com/articles.html

[iv] Are You Too Powerful For Your Own Good?, Ann. E. Tenbrunsel, Negotiation, Project on Negotiation: Harvard. Vol 8, number 9, September 2005. Reprint N0509A.